When he was around twenty-two years old. He was forced to live in conditions as home-prison under continuous physical and emotional heavy tortures for around two years in one of the houses owned by parents. All the rooms of this house were locked by parents except a tiny room with a small bed, not much extra space in the room out of the bed. For stopping him from going outside the house, the outer doors were kept locked.

Parents were used to visit this house weekly to beat him all night on weekends. These weekly tortures were part of the routine for many months. Sometimes, they used to not visit this house for many days. Without sufficient food somehow he had to survive, thus he learnt to live various length of days without any food. These circumstances taught him how to do fast for longer days. A few years later, for a cause, he did a fast of eighteen days, only water nothing else. It was the longest fast he had in his life.

Even though facing negativity and insensibility since childhood, instead of being reactionary and violent person, he chose paths of constructive resolution towards the harmonious, and non-violent society.

He had a deep and strong will to understand consciousness level human psychology, various levels of conditioning, development of values/ideas, formation and movements of conditioning, values and the systems of society and civilisation. He wanted to understand each element of the society, culture and civilisation. Without understanding interrelated essences and influencing aspects of psychology, conditioning and values of human and society; it is not possible to move even a single substantial step towards the solution and a harmonious world.

For finding answers about life, society and systems, he did consciousness level YOG for many years since early teenager, also he had read more than thirty thousand books before the age of thirty years, excluding school and university related textbooks. Also, he had participated in many local and national movements to understand the practicality of various systems. He did YOG many years.

Getting a PhD scholarship in a European university could be a lifetime dream for the people of third world countries, but he preferred to go to work with marginalised communities rather than to accept PhD scholarship by a European university. While he was not even thirty years old, he got an offer of an annual payment of a few hundred thousand dollars, but he did not accept because he wanted to continue his ground works for marginalised communities.

To understand ground realities and non-manipulated primary information, he did many thousands kilometres foot-marches covering thousands of villages. By these intense foot marches, mass meetings and community talks, he had face-to-face dialogues with around one million people before the age of forty years.

After mechanical engineering graduation and research work in renewable energy systems, he preferred to work voluntarily without a salary with exploited and marginalised communities in very backward areas, rather than taking a high paying job in the government or the companies.

He got married to an Australian hydrology-scientist around fifteen years ago, but stayed in India for more than a decade to work for exploited and marginalised communities. Before marriage, they mutually agreed that until the ongoing works need their physical presence in India, they will not have a baby. That is why they did not make any effort to have a baby for eleven years after the marriage.

Many hundred thousand of people of marginalised communities of backward areas of India love and regard him, also have accepted him as their family.  He left all these social-achievements and prestige for living as a forgotten person to become the full-time father for his son. Even before leaving India, he donated everything except some of his clothes, mobile and laptop.

Now he lives in Canberra with his son and wife. He voluntarily writes for Indian journals and social media on social issues. Also, he supports ground activists in India as a counsellor who work for the social solution. He is also associated with some international organisations who work for peace and sustainability. 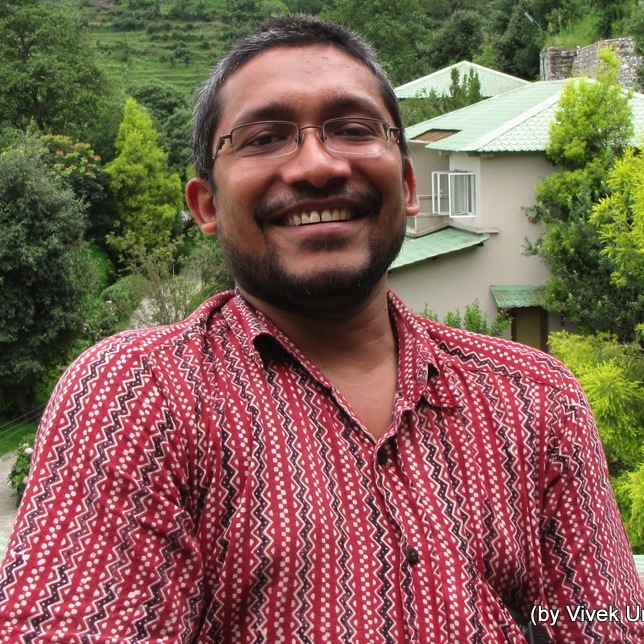