I started to work in Dantewada, Bijapur and Sukma districts of Bastar region for the indigenous community in 2005/2006, around fourteen years ago. I had no friend, no work network even no acquaintance in Bastar. The day I was going to Dantewada, a couple of days ago Maoists blasted a bus and killed many people in the area. But I decided to go, I reached Dantewada and stayed a couple of months there visiting many interior indigenous villages meeting the native people.

Those days, Maoist violence was at the peak with no organised police presence. No roads, no petrol pumps, no mobile networks, no organised markets.

In Bastar, I did not work intensely for education although I tried to establish a residential school for indigenous especially for Maoist violence affected family's children. It took a few years to get promises of support from the people of Indian origin in abroad. The year I finalised a land for the residential school and was planning for the first stone foundation ceremony for the school, the Maoists killed a few of the key persons of this residential school project. The project was gone back completely. But after a couple of years, Om Prakash Chaudhary IAS joined as the district collector in Dantewada. He and Neeraj Kumar Bansod IAS were very enthusiastic persons and constructed an education city in Dantewada; followed by the district collectors as KC Devasenapathi IAS and Saurabh Kumar IAS, who also made significant efforts for the education city and education for indigenous children.

Around nine or ten years ago, a PhD student with the New York University, USA, contacted me to work with us about one year as his field works for his research. His research guide suggested him to work with me, but that time we did not have essential assets, also, our efforts were too unorganised and zigzag, and we did not know what will happen the next day.

We supported local communities for organic farming; many people did not know farming, we arranged various training for them. We helped for Handloom units, Vegetable farming, Water harvesting structures, Dairies and other.

After hundreds of small meetings of two years, a few tribal villagers became ready for farming in the year 2007. Thanks to Ramakrishna Mission team of Narayanpur district, who taught these tribals the basic lessons of farming in their agricultural farms voluntarily, also no charge for lodging, drinking and writing material. Tribals who had never gone outside their area, travelled more than 250 kilometres to learn agriculture by Ramakrishna Mission, Narayanpur.

Following my advice, my local tribal friends motivated tribal villagers for farming with cows and bulls because farming by machine and tractors cause loss in soil fertility and increases the cost of harvesting. I want to mention that in Bastar, there is no tradition of extracting milk from cows and keeping the cow tied at home. Tribals believe that cow's milk is meant for her baby. It has also been in the tradition to use the cow instead of the bull to drive the plough.

Gradually tribals had started farming in the next five to six years, and more than 100 agriculture centres of two to five acres in more than thirty villages, run by the tribal families. First our ideas for organic farming were mocked by the local government administration, but later the zone was announced as an Organic Zone (Zero Chemical Fertiliser Zone).

We made various level efforts for economic development of tribal communities in Bastar region, Chhattisgarh. That is why we call it Community University for Indigenous Some photo albums of these activities are published here. With the time, some activities started to receive financial/assets support from the government departments as well. 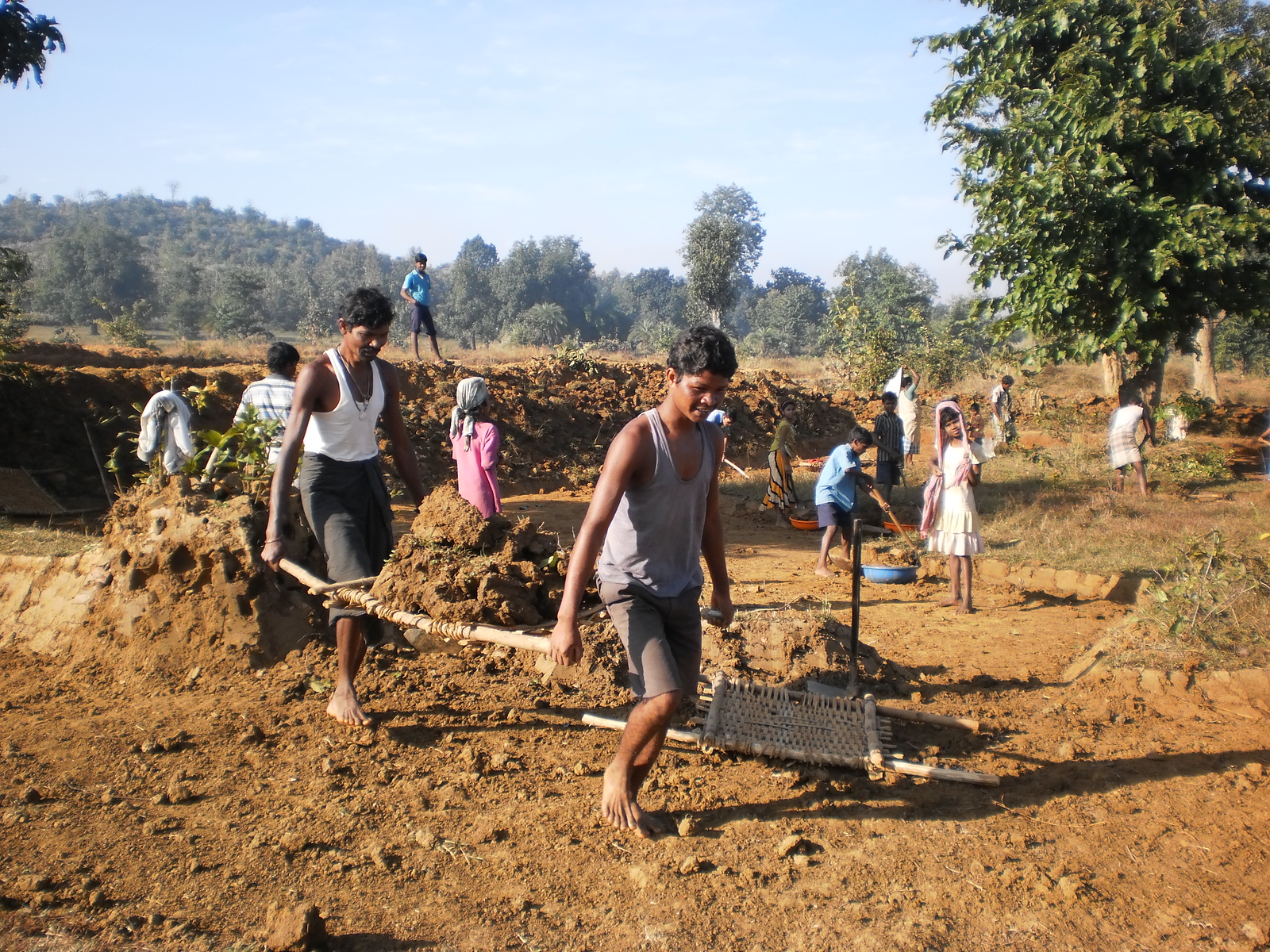